Armenians have a rich tradition of being royal architects of the Ottoman empire. Take for example the Balyan family, a prominent Armenian family of Ottoman court architects in the service of sultans for two centuries.

However, the ethnic background of the empire’s most outstanding architect “Mimar Sinan” is disputed. There are multiple claims regarding Sinan’s ethnicity, some more likely than others:

Who was Mimar Sinan?

Before discussing the options above, some background information about Sinan and his achievements are needed.

Koca Mi’mâr Sinân Âğâ, was born between the years 1489 and 1499, depending on the sources. However, the most accepted possible birth years are between 1489-1491.

Mimar Sinan died on July 17, 1588, as the chief Ottoman architect and civil engineer for Sultans Suleiman the Magnificent, Selim II, and Murad III. He was responsible for the construction of more than 300 major structures and his apprentices would later design the Sultan Ahmed Mosque in Istanbul, Stari Most in Mostar, and help design the Taj Mahal in the Mughal Empire.

Sinan was the son of a stonemason. As a young child in the year 1512, he was conscripted into Ottoman service under the devshirme system.

The Devshirme system of the Ottoman Empire was a form of “blood tax” practice, whereby boys from Christian families were taken to be raised to serve the state. Turkic people and Ottoman Jews, for example, were not subject to this tax form.

For a very small few, the devshirme system allowed children of non-muslims to rise to the ranks of vizier or even the grand architect such as Sinan.  Sinan received a technical education and became a military engineer. He then rose rapidly through the ranks to become first an officer and finally a Janissary/Yenicheri commander, with the honorific title of ağa.

However, becoming a devshirme was not like winning a Harvard scholarship. For most people who were subject to this tax form, it was not such a great or even a good thing. The majority of devshirme children were either sold as slaves or became “yenicheri” soldiers to fight in wars.

Yenicheri soldiers together with doctors would come to rural settlements and would draft recruits from among children six to sixteen years of age. A devshirme child had to be healthy, not too tall or too short and not too fat or too thin. The age range was so big because physical appearance was more important than the actual age. After the collection of the tax, the boys were forcibly converted to Islam.

Children already engaged to be married would not be recruited. It was in part for this reason that so many Christian families would get their children engaged at very early ages. Another important rule was that the children should not be able to speak Turkish. Children who were collected and brought to Istanbul would be shown to “experts” who based primarily on their physical characteristics would suggest in which realm they would be most useful. There were verbal tests too.

Not A Christian Turk

So, now that we have established that Mimar Sinan was actually a devshirme child and that Turkic people were not subject to this tax form. It’s highly unlikely that Sinan was a Turk.

Some scholars suggest that there is a possibility of Sinan being an Albanian. According to the British scholar Percy Brown and the Indian scholar Vidya Dhar Mahajan, the Mughal Emperor Babur was very dissatisfied from the local Indian architecture and planning, thus he invited “certain pupils of the leading Ottoman architect Sinan, the Albanian genius, to carry out his architectural schemes.”

How likely is this claim? If we consider the fact that most Albanians were of the Islamic religion, there is a chance for this to be true, however, the evidence for this claim is very thin in contrast to the following.

Most sources seem to have more credible evidence to support that Sinan may have been Armenian or Greek or even both Armenian & Greek. 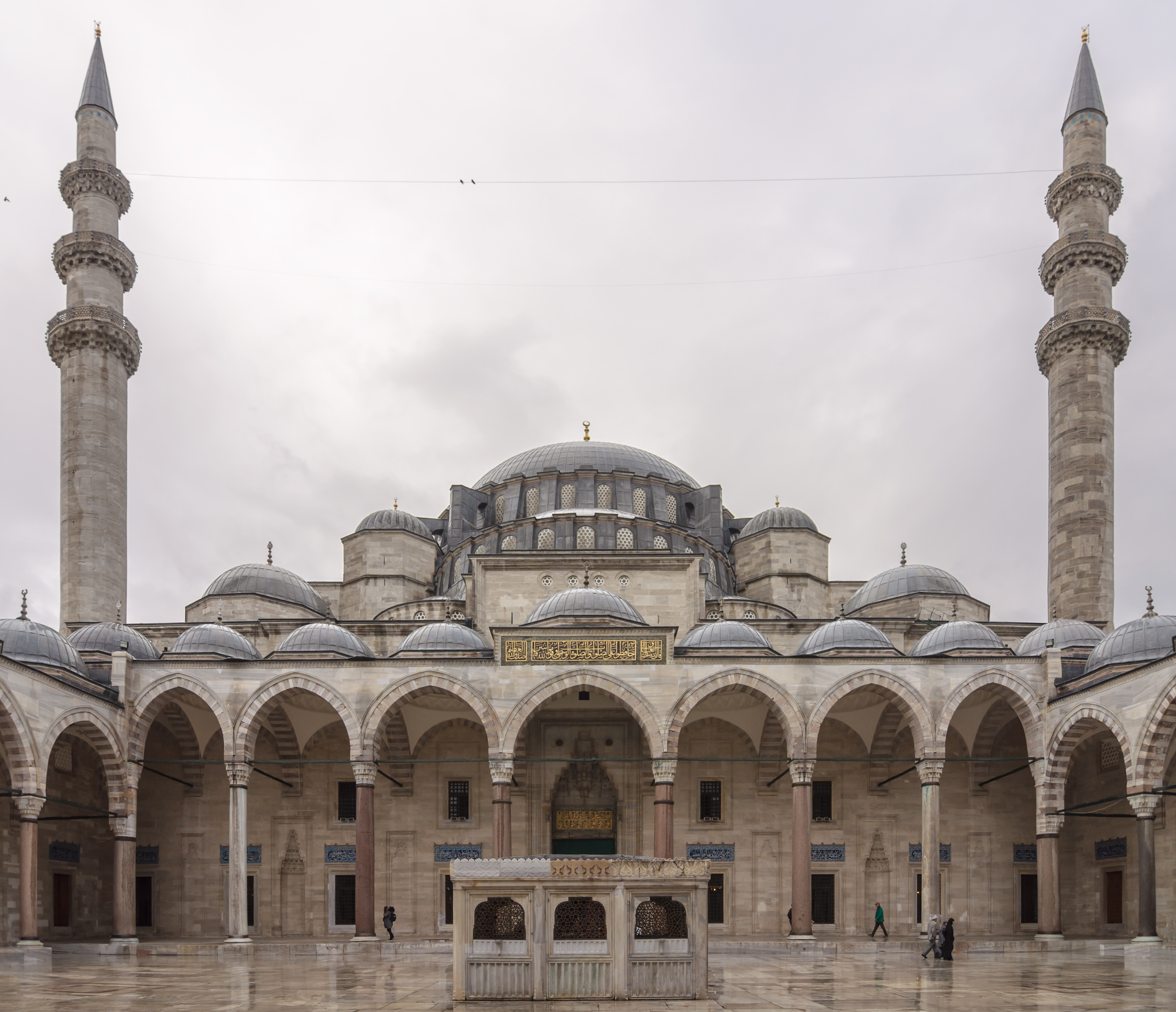 A decree by Sultan Selim II, seems to give credibility to Sinan’s Armenian background. Dated Ramadan 7 981 (ca. Dec. 30, 1573), the decree grants Sinan’s request to forgive and spare his relatives from the general exile of Kayseri’s Armenian communities to the island of Cyprus. This decree was published in the Turkish journal Türk Tarihi Encümeni Mecmuası, vol. 1, no. 5 (June 1930-May 1931) p. 10.

“He lived to be about ninety – an Armenian from Anatolia who had been brought to the capital as one of the ‘gathered”. Fletcher, Richard (2005).

“They are many of them designed by Sinan, who is said to have been an Armenian”. Jackson, Thomas Graham (1913).

“The architect Sinan, perhaps of Armenian descent, raised mosques and other buildings all over the Turkish Empire”. Sitwell, Sacheverell (1939).

Godfrey Goodwin, on the other hand, states that after the Ottoman conquest of Cyprus in 1571, when Selim II decided to repopulate the island by transferring Rum (Orthodox Christian) families from the Karaman Eyalet, Sinan intervened on behalf of his family and obtained two orders from the Sultan in council exempting them from deportation.

“He came from the district of Karaman and the Greek lands, but he does not, it is true, specifically call himself a Greek, which, in effect, he no longer was from the moment that he admitted that there was no other God but Allah. Yet after the conquest of Cyprus in 1571, when Selim decided to repopulate the island by transferring Greek families from the Karaman beylik, Sinan intervened on behalf of his family and obtained two orders from the Sultan in council exempting them from deportation. It was Selim I who ordered the first devshirme levy in Anatolia in 1512 and sent Yaya- basis to Karamania and this is probably the year in which Sinan came to Istanbul. Since he was born about 1491, or at the latest in 1492, he was old for a devshirme…” Goodwin, Godfrey (1971).

According to some scholars, this means that his family was of Cappadocian Greek descent because the only Orthodox Christians (Rums) of the region were Greeks.

“He was born in Cappadocia, probably into a Greek Christian family. Drafted into the Janissaries during his adolescence, he rapidly gained promotion and distinction as a military engineer”. Rogers, J. M. (2006).

“The son of Greek Orthodox parents, Sinan entered his father’s trade as a stone mason and carpenter.” Kathleen Kuiper (2009).

However, according to Herbert J. Muller and Lucy Der Manuelian of Tufts University Sinan “seems to have been an Armenian and that “he can be identified as an Armenian through a document in the imperial archives and other evidence.”

The jury seems to be out regarding Sinan being Armenian or Greek or maybe both. However, the Greek & Armenian claim seems to have more credibility, due to actual official Ottoman documentation.